In the run up to Christmas, you will find everything here from recipes to trivia and traditions…I would also ask that when you are shopping for presents, food, and decorations that you think about its origin and how it was produced…carbon footprint, child labour…You think about can the packaging be recycled or reused…Do you really need it? Every little helps…x

Don’t forget… on the 24th of November…Stir–up Sunday‘, so put on your apron, gather your ingredients, gather family or friends to make a Christmas pudding. It’s the day when wishes are said to come true, so get stirring!

Image by Clker-Free-Vector-Images from Pixabay

Christmas is approaching, and to us, that means one thing: Stir-up Sunday.

My mum always used to put a silver sixpence in the pudding ...what are your family’s traditions past or present?

Putting a silver coin in the pudding is another age-old custom that is said to bring luck to the person that finds it. In the UK the coin traditionally used was a silver ‘sixpence’. The closest coin to that now is a five pence piece!

The tradition seems to date back to the Twelfth Night Cake which was eaten during the festivities on the ‘Twelfth Night’ of Christmas (the official end of the Christmas celebrations). Originally a dried pea or bean was baked in the cake and whoever got it, was ‘king or queen’ for the night. There are records of this practice going back to the court of Edward II (the early 1300s). The bean was also sometimes a silver ring of a small crown. The first coins used were a Silver Farthing or penny. After WW1 it became a threepenny bit and then a sixpence.

You might also get other items (sometimes called ‘tokens’ or ‘favours’) placed in the Christmas Pudding which also meant to have special meanings:

A bit of history…

Christmas (or Plum) Pudding is the traditional end to the British Christmas dinner. But what we think of as Christmas Pudding, is not what it was originally like!

Christmas pudding originated as a 14th-century porridge called ‘frumenty’ that was made of beef and mutton with raisins, currants, prunes, wines, and spices. This would often be more like soup and was eaten as a fasting meal in preparation for the Christmas festivities. That sounds like a good idea as I can remember feeling extraordinarily bloated after our Christmas dinner and never wanting to move again.

By 1595, frumenty was slowly changing into a plum pudding, having been thickened with eggs, breadcrumbs, dried fruit and given more flavor with the addition of beer and spirits. It became the customary Christmas dessert around 1650, but in 1664 the Puritans banned it as a bad custom as they could find no justification in the bible to celebrate and indulge in gluttony, drinking, and other such frivolous occupations… 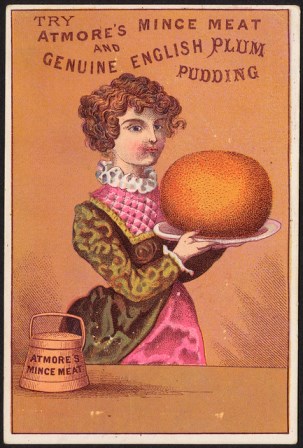 In 1714, King George I re-established it as part of the Christmas meal, having tasted and enjoyed Plum Pudding. By Victorian times, Christmas Puddings had changed into something similar to the ones that are eaten today.

Christmas is also the time of many lists…I have lists everywhere or I did… I must admit as I have gotten older I have condensed them somewhat and of course, now we have the internet lists can be kept online accessible from your phone…Rather than digging down the bag for that elusive list, you know you had…

It was my dear blogging friend Dolly who reminded me of this she also has goodies like blueberry pie and other such yummies so please pay her a visit…So I found this one for you to download if you are a list person…Thank you, Carmia it is a pretty list and very functional…

P.P.S…There will be a Christmas jumper corner…I just need to see yours???? So come on don’t be shy..Share…x

The environment is also something I am passionate about and there are now regular columns on my blog this year. It is important that we are mindful of the world we live in…We all need to be aware of our home’s carbon footprints…where does our food come from? How far does it travel…Simple to do but if we all did it…Not only would we support local businesses but reduce our carbon footprint…

A Wife, My Verse, and Every Little Thing

Music and the Thoughts It Can Inspire

Dictatorship is good. If the Dictator is me.

Another World is Possible

An ordinary life with a dusting of luxury.

FROM PARADISE WITH LOVE (AND RUM)

Grateful for the present moment