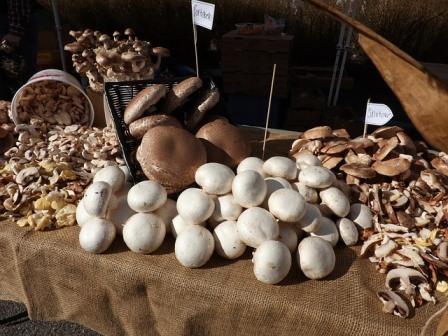 Mushrooms can be eaten plain, stuffed, or be used in salads, soups, and sauces. Culinary mushrooms first began being cultivated in the early eighteenth century, in France. They were known as Parisian mushrooms by those outsides of the country, and the English exported them to America by the end of the nineteenth century. It was mainly these white and brown Agaricus bisporus mushrooms that were cultivated and sold, none more so than cremini mushrooms. Beginning in the 1940s, many other types of mushrooms began being cultivated on a wider basis.

The following are some common varieties of mushrooms eaten today, some being cultivated and some being found in the wild:

White button: most common edible mushroom, with 90% of mushrooms eaten in the United States being them; go well with most ingredients; mild, but flavour intensifies when cooked.

Cremini: also known as crimini, baby bella, and brown; similar to the white button but a bit more robust in flavour.

Portobello: also known as portobella; really just a large cremini; can be up to six inches in diameter; meaty flavour—good veggie alternative for burgers; began gaining popularity in the 1990s.

Enoki: also known as enokitake or enoke; originally from Japan; long stems; tiny caps; grows in clusters; high in potassium and fibre; used raw as a garnish with soups, salads, and Asian-inspired dishes. 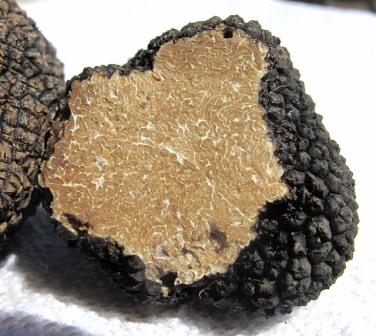 Truffle: the most expensive mushroom; wild mushroom, but there has been some cultivation; robust flavour; sometimes infused in olive oils.

Maitake: Maitake” means dancing mushroom in Japanese. Commonly known among English speakers as hen-of-the-woods, ram’s head and sheep’s head. It is typically found in late summer to early autumn growing at the base of the oak tree.

Chanterelle frilly; flavorful, with hints of apricot and almond. 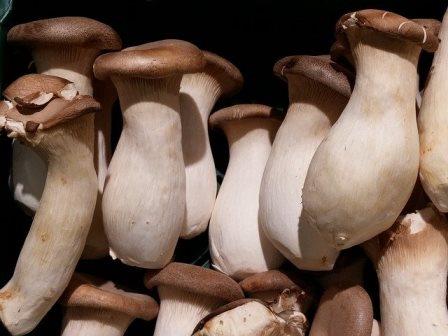 King Oyster: Very popular here and they last very well unlike some mushrooms which have to be eaten as soon as they are picked. A meaty mushroom ideal for stirfries.

Lions Mane Mushroom: Again a popular mushroom here in Thailand…also known as hou tou gu or yamabushitake, are large, white, shaggy mushrooms that resemble a lion’s mane as they grow.

They have both culinary and medical uses in Asian countries like China, India, Japan and Korea. Lion’s mane mushrooms can be enjoyed raw, cooked, dried or steeped as a tea. Their extracts often used in over-the-counter health supplements.

Many describe their flavour as “seafood-like,” often comparing it to crab or lobster.

Lion’s mane mushrooms contain bioactive substances that have beneficial effects on the body, especially the brain, heart and gut.

However, it’s important to note that most of the research has been conducted in animals or in test tubes. Therefore, more human studies are needed.

Of course, there are many more edible mushrooms eaten around the world but if you are foraging and not sure make certain that you check it out with an expert as poisonous mushrooms kill…

34 thoughts on “The Day of the Mushroom…”

People who love food are always the best people.

Retired, not expired: words from the after(work)life. And music. Lots of music!