Marcus Gavius Apicius, was a wealthy Roman merchant and epicure during the reign of Tiberius (14–37 CE), after whom was named one of the earliest cookbooks in recorded history. The work is conventionally known by his name, Apicius—officially titled De re coquinaria (“The Art of Cooking”)—was likely not compiled until the 4th century. The book comprises more than 400 recipes, and it is so esteemed that it has been preserved in numerous editions ever since.

I have found it for sale and added it to my list…it should be interesting…in the cookbook, the dish was called Pullum Frontonianum(Apicius chicken)

Fast forward to the US  where the term ‘fried chicken’ is first recorded in the 1830s, and often appears in American cookbooks of the 1860s and 1870s. This dish in the southern states of the United States can be traced back to precedents in West African and Scottish cuisine.

Quite a history… Fried chicken personally, I prefer a dry seasoning…What do you prefer?

Marinated in Buttermilk first to ensure the chicken is luscious, flavoursome and juicy…then rolled in some seasoning and fried with a side of corn just how I love to eat it… 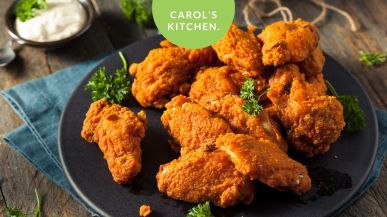 For the flour dredge:

Mix the spices and salt into the buttermilk and then add the chicken pieces mix well to coat then cover and leave to stand for between 4 hrs-24 hrs. I do mine overnight in the fridge which works well.

When you are ready to dredge the chicken then drain the buttermilk of each piece then flour well patting on…Lily gets this job…she loves doing it then put each piece on a rack to dry for 30 mins. Time to fry… 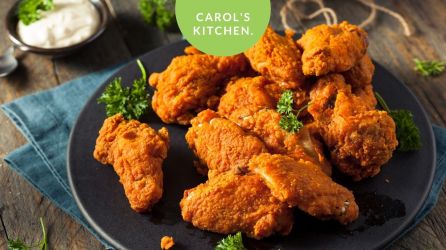 Thai style chicken, the one if you come to Thailand that you will see on a lot of roadside stalls. Is very popular here and eaten with sticky rice and Som Tam makes a lovely meal of luscious Thai flavours. So how do you replicate it and bring the flavours of Thailand to your kitchen, well follow me and let’s cook!

First things first…forget about the western way of cooking chicken and when you get to the point of taking it out leave it another 5 minutes.

Don’t worry it will still be moist and not overcooked!

4 lb of chicken drums or if you want a mix of chicken that’s fine ( just) try and cut the same size pieces.

Marinade for the chicken:

To make the marinade for the chicken:

Grind the first 4 ingredients in Pestle and mortar( or) I have a small electric herb grinder which I use. Grind till it forms a paste.

Mix all other marinade ingredients in and coat the chicken. I use my hands much easier and you coat the chicken better. Then leave in the fridge for at least 3 hrs or overnight.

For the dry coating, you will need 2 cups of rice flour.

Dip in the batter.

You are ready to fry. Heat oil but don’t overload the wok as it will cause the temperature of the oil to drop and you won’t get crispy chicken.

Sometimes on the street stalls, you will see them remove the chicken and then put it in another pan( double dipping) to make sure it is crispy.

At home, I take out when nearly done and then put back like you twice fry chips.

When you have finished cooking fry some chopped shallots as Thai fried chicken would not be the same without crispy shallots.

That’s all for today..tomorrow I will be over at Smorgasbord with my Green Kitchen and here it will be my environmental A-Z…see you there have a great evening xx

16 thoughts on “National Fried Chicken Day (US) ..Delicious and Crispy…”