The exact origins of banana ketchup are unknown, but it’s popularly is said to have originated in World War II, when American soldiers brought tomato ketchup to the Philippines. Since tomatoes were hard to find at the time but bananas were plentiful, Filipino locals adapted it to a banana version.

Without the presence of tomatoes, it’s both sweeter and less vinegar-heavy than standard ketchup. And while the resulting colour of the mixture is naturally brownish, many commercial versions are dyed to look red like tomato ketchup.

This beloved condiment is used in many the same ways as tomato ketchup: fried foods, grilled and skewered meats, hot dogs and hamburgers — and Filipino spaghetti!

It’s also a good way to use up overripe bananas…

This recipe does use some tomato paste as like all recipes they evolve over the years…initially, it is said that a little red dye was added to make it look more appealing to the eye. The traditional Phillipino Banana ketchup does not however contain dye or tomato paste…

Using a large pan heat the oil then saute the onions, garlic, chillies and ginger stirring often for about 15 mins until the onions are soft and lightly golden brown. 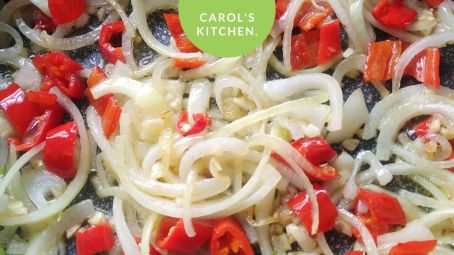 Add the tomato paste and the allspice cook for 2 minutes. 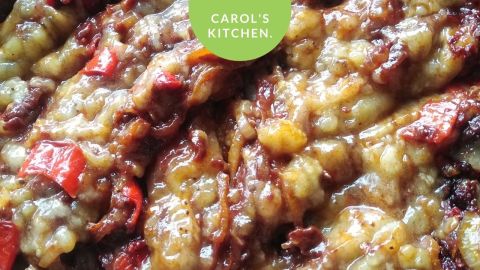 The ketchup is now happily simmering this is how it looks before being blitzed…You really wouldn’t know there were bananas in it…all the lovely flavours of garlic, ginger, soy sauce, fish sauce and brown sugar all combine and make this delicious ketchup.

Remove from the heat then blitz until smooth then pour into a sterilised jar. Leave to cool for at last 1 hour before using. This ketchup keeps in the fridge for about 3 months.

Eat with chicken, ribs, burgers or grilled cheese…you could eat with eggs any which way you like even use it as a glaze …

I made the mistake of saying it was a chutney and my taste testers turned their nose up and said we don’t like chutney…I then retracted that and told them the history and that it was the pre-amble to tomato ketchup…they then decided to try it and liked it…Kids!

35 thoughts on “In my Kitchen cooking from scratch…Banana Ketchup”

Learning to Pray from the Prayers in the Bible