Come with me and see what I discovered…my word today is…Thunder!

noun
a loud rumbling or crashing noise heard after a lightning flash due to the expansion of rapidly
heated air.
“there was a crash of thunder”
verb

From rainbows to thunder as they often follow one another… 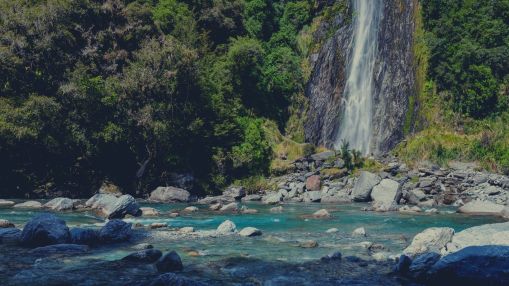 I love a good waterfall I think most of them are majestic we lived very close to a waterfall when we lived in Phuket and the pool at the bottom was beautifully clear..crystal but you wouldn’t believe how icy cold it was…These falls are in New Zealand…they can be found between Haast and Wanaka in Otago, New Zealand. It is also said they are easily accessible having climbed a few waterfalls in my time I would always advise good footwear as it can get very slippery.

Now for some music…

This is loud and will probably wake you up…lol

With nearly 2200 hours of sunlight each year, Thunder Bay is the sunniest city in Eastern Canada. Thunder Bay was born in 1970 of the amalgamation of Port Arthur and Fort William. Fort William Historical Park is the largest living history attraction in North America and is a Canadian Signature Experience.

Thundercat...American Bass Guitarist… Thundercat was also an Aime…A reboot of the original 1980s TV series of the same name (which ran from 1985 to 1987), ThunderCats was produced and developed by American studio Warner Bros. Animation and animated by Japanese studio Studio 4°C, and combined elements of western animation with Japanese anime.

It’s been updated somewhat since then. with “Thunder Birds Go”..there have also been numerous other films

“Thunder Ally was a 1967 film a stock car racing drama set in the south and starring one-time teen idols Fabian and Annette Funicello along with Warren Berlinger and Diane McBane.

Thunderheart was released in 1992 and starred Val Kilmer, Sam Shepard and Graham Greene where An FBI man with a Sioux background is sent to a reservation to help with a murder investigation, where he has to come to terms with his heritage. This film was based on actual Reservation occurrences of the ’70s.

Thunderegg…(or thunder egg) is a nodule-like rock, similar to a filled geode, that is formed within rhyolitic volcanic ash layers.

ThunderBolt…A single discharge of lightning with the accompanying thunder.

Green Thunder…is a delicious cheese made with roasted garlic and aromatic garden herbs. This beautiful cheese combines the savoury depth of mature Cheddar with the perfect balance of garlic and herbs. This well-balanced cheese from Snowdonia Cheese Company has won a Gold medal at the Global Cheese Awards. Try it with oatcakes, melted on toast or paired with a herbal gin cocktail.

Thor...the Norse God of thunder and lightning…Legend tells us he was the fiercest of warriors.

Thunder Bugs …Tiny black insects which appear in hot weather…they tend to appear just before a thunderstorm. They love hot and dry conditions. They don’t really fly but, with a warm breeze, they can travel from plant to plant.

Thunderstorms…I love a good storm…so what causes thunderstorms? …Thunderstorms thrive under certain conditions. The two most basic elements that cause a thunderstorm to develop are:

­Because moisture and warmth are crucial to thunderstorms, it makes sense that they would occur more often in the spring and summer, particularly in humid areas such as the southeastern United States. The high humidity, in conjunction with warm temperat­ures, creates massive amounts of warm, moist air rising into the atmosphere, where it can easily form a thunderstorm.

Thundersnow is an unusual kind of thunderstorm where snowfalls as the primary precipitation instead of rain.

In 1955, a thunderstorm in Belgium set off 40,000 pounds of buried explosives left over from the WW1 battle of Messines, with the only casualty being a single cow.

A thunderstorm named ‘Hector the Convector’ forms over Tiwi Islands, Northern Territory, Australia, from approximately September to March every year.

The most thundery place on Earth is believed to be Tororo, Uganda, where it thunders 251 days a year.

Thunder Bird Falls …Alaska is classified as an easy hike…The Eklutna River, the river the falls flows into, is home to many salmon. Thunderbird falls purifies the water and infuses it with oxygen, helping the salmon and other aquatic organisms that live in the runoffs of the falls survive and thrive. Salmon of course also attract predators, such as bears. 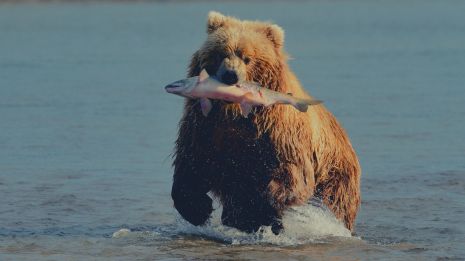 Black, brown, and grizzly bear all inhabit this area. The river is also home to otters and species of fish other than salmon. Moose are another animal common to this area along with a large variety of birds, most famously eagles and ravens. These birds create homes in the large trees because they provide advantageous nesting areas near their primary source of food, fish.

My final tune...was a choice between Springsteen with Thunder Road, Ozzie Osbourne with Thunder Underground or Fleetwood Mac with Thunder only happens when it’s Raining...However, after blasting your eardrums with AC/DC I thought listening to Stevie Nix was fitting to end with…Enjoy! 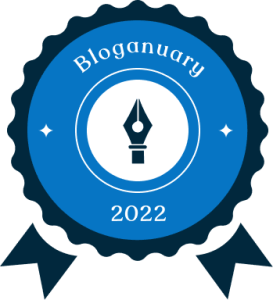 I tell my friends I write.