This weeks one-word prompt is…Fishing… a suggestion from Clive who writes “Take it Easy“ blog and has introduced me to some wonderful music from artists who were previously unknown to me…The other week I mentioned Brighton and family holidays which was when Clive suggested fishing I know now that the West Brighton Pier burned down and has not been rebuilt (Thank you), Pete for drawing my attention to that I now know Brighton is on its 3rd pier…Thank you again, Pete ..it has been through the wars and as long as it stays safe and is not a health and safety issue it will eventually be claimed by the sea..literally unless of course someone comes up with the funds and rebuilds It. Brighton Palace Pier (the 3rd) pier or as it is now known Palace  Pier…is a pleasure place which lays claim to some famous visitors over the years… it has also been the setting for numerous films and tv series and has been featured in many works of British culture, including the gangster thriller Brighton Rock, the comedy Carry On at Your Convenience and the Who’s concept album and film Quadrophenia…

Sadly, however, “fishing” is now no longer allowed off the pier…in 1975 all the landing stages were removed, making fishing difficult, especially when it was busy. Finally, In 1984 fishing was phased out…the end of an era however there are still some great spots to fish in and around Brighton.

Animal Crossing New Horizons…the rarest and most expensive fish in the game…Nintendo Switch of course!…

Have you played? What was your rarest catch?

Phishing email…Phishing is a cyber attack that uses disguised email as a weapon. The goal is to trick the email recipient into believing that the message is something they want or need — a request from their bank, for instance, or a note from someone in their company — and to click a link or download an attachment.

Verb: If you say that someone is fishing for information or praise, you disapprove of the fact that they are trying to get it from someone in an indirect way.

Koh Panyee is a sea gipsy fishing village in Phang Nga Province, Thailand. It was built on stilts by Indonesian fishermen some 200 years ago, although it is quite isolated this thriving fishing village is a popular tourist attraction.

The population of about 360 families or approx 1,685 people are all descendants of 2 seafaring Muslim families from Java, Indonesia.

Descendants, directly or indirectly, of a man called Toh Baboo, his family and friends. They were the first people to settle on Koh Panyee over 200 years ago.

There are tons of great bands named after fishing…Reel Big Fish,(Take on Me) Hootie & the Blowfish, Sports Team-Fishing…

Loud enough for you?…

Star Gazy Pie…Stargazy pie is a Cornish dish made of baked pilchards, along with eggs and potatoes, covered with a pastry crust. Although there are a few variations using other types of fish, the unique feature of stargazy pie is fish heads protruding through the crust, so that they appear to be gazing upwards towards the stars.

Did you know? Many fishermen prefer pasta as bait? Pasta is one of the many baits on which you can catch white fish with good success. Bream is the main lover of this product. This attachment is mainly used when fishing with bottom tackle – feeder.

The pasta should only be slightly soft so that it doesn’t fly off when the line is cast…who knew?

The first Fishing Hook…the first fishing hook was called a gorge. It was a short, straight piece of wood, bone or stone that was pointed on both ends.

The gorge was tied to a line. Then bait was placed over it, and the hook was thrown into the water to catch a fish. Eventually, a curved fishhook made of bone, shell or wood was invented.

The oldest fish hooks ever discovered were made of sea snail shells and thought to be about 23,000 years old.

Did you Know? Singapore used to be a Malay Fishing Village? the name Singapore comes from the Malay words “Singa” for lion and “Pura” for city. Prior to European settlement, the island now known as Singapore was the site of a Malay fishing village and inhabited by several hundred indigenous Orang Laut people.

Ukai Fishing using this method has been around for some 1300 years…While the practice has become a popular tourist attraction, it has also invited controversy.

Every year, thousands of tourists visit the Japanese city of Gifu in central Japan to watch ukai, in which fishers attach tethers to cormorants, birds known for their skill in diving underwater to hunt fish.

Making your own curd cutter using some fishing line…

Making Your Own Curd Cutter

If you are still with me, thank you for reading I hope you have enjoyed my selections for the prompt word…Fishing… was not easy but stretched the old grey matter somewhat…Thank you, Clive it seems that you and my son are the only ones giving me a word prompt…All those self-professed word nerds out there and no one has given me a prompt…

The fishing cat (Prionailurus viverrinus) is a medium-sized wild cat of South and Southeast Asia. … The fishing cat lives foremost in the vicinity of wetlands, along rivers, streams, oxbow lakes, in swamps, and mangroves. The fishing cat is the state animal of West Bengal. 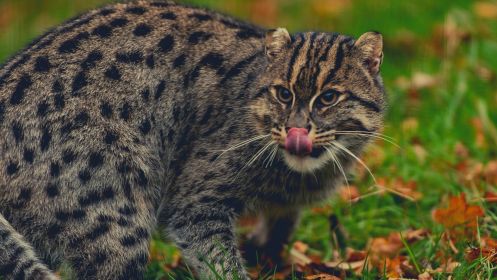 It is listed as Vulnerable on the IUCN Red List. Fishing cat populations are threatened by the destruction of wetlands and have declined severely over the last decade. The fishing cat lives foremost in the vicinity of wetlands, along rivers, streams, oxbow lakes, swamps, and mangroves.