So what’s in store? In this series the A, B, C, etc will be the middle letter, for example, Jarlsberg, Korma, Apple and Tursu a variety of Turkish pickled vegetables… how easy that will be who knows I am sure some of the letters of the alphabet could cause the grey matter to rebel or implode…haha…I also don’t want to use plurals to form a word as I may need that word for another letter and its sort of cheating I think…unless of course I really get stuck…which I am sure will happen…Q is not so easy only a few but I am going to let them stand on their own to give the grey matter a bit of a break…

Today it is words where the middle letter is Q.

Let’s go and see what I have found…

Bouquet garni, French for “garnished bouquet,” is a classic herb mixture used for preparing stocks, soups, casseroles, meats, and vegetables. The traditional combination is parsley, thyme, and bay leaf, but you may also find recipes that include other herbs such as rosemary, basil, chervil, peppercorns, and tarragon. 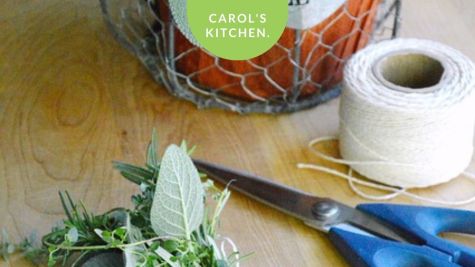 Duqqa is an Egyptian blend of herbs, toasted nuts, and spices such as cumin, sesame seeds, and coriander. The combination of these ingredients is ground into a coarse powder which can be used as a salad topping, a dip with olive oil and bread, or as a seasoning.

Its name is derived from the Egyptian Arabic word for to crush or to pound, referring to the method of production. Duqqa originated as peasant food and people mostly consumed it as a seasoning for bread. Due to its high protein and fat content, it provided sustenance throughout the day.

The blend has recently taken off in Australia, where it is consumed on its own, as a bar snack.

Kumquat…Kumquats(Cumquat) are a citrus fruit with an unexpected property: the orange peel is perfectly edible after washing. The small fruits, 3 to 4 cm in size, most resemble mini oranges. The taste is also similar: spicy, a little bit sour to sweet. 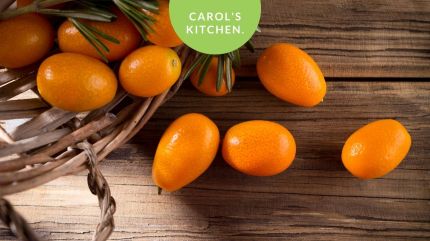 Not much bigger than a grape, yet this bite-sized fruit fills your mouth with a big burst of sweet-tart citrus flavour. In Chinese, kumquat means “golden orange.”

They were originally grown in China. Now they’re also grown in several other countries, including warmer areas of the United States, such as Florida and California.

Kumquats are especially notable for their rich supply of vitamin C and fibre. In fact, you get more fibre in a serving of them than most other fresh fruits…

Ramequins…Small dishes also spelt ramekin that are used for so many culinary purposes…I use my Ramquins more than any of my other dishes they are such a handy size when meal prepping or for holding small amounts of pickles etc.

They are also commonly used for egg dishes like creme brulee or individual souffles…Traditionally circular with a fluted exterior, ramequins can also be found in novelty shapes like flowers, hearts, and stars.

Ramequins are usually designed to resist high temperatures, as they are frequently used in ovens or, in the case of crème brûlée, exposed to the flame of a cooking torch. 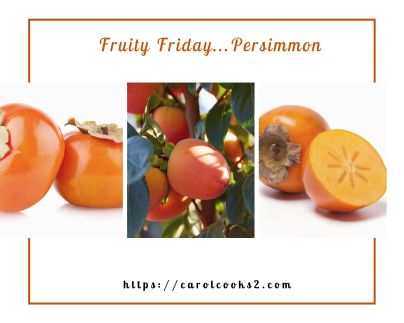 Sometimes also called the Sharon Fruit the Caqui fruit also is high in beta carotene and minerals such as sodium, magnesium, calcium and iron, and studies have found that they also contain twice as much dietary fibre per 100g as apples, plus more of the phenolic compounds thought to ward off heart disease.

For further information on how to eat this lovely fruit and its benefits follow this link it is easy to see why this fruits popularity has soared over recent years.

Bisques…are smooth, creamy, highly seasoned soups of French origin, classically based on a strained broth of crustaceans. It can be made from lobster, langoustine, crab, shrimp, or crayfish. Alongside chowder, bisques are one of the most popular seafood soups.

We love a seafood bisque and I always save my fish heads, Prawn heads in a pot in the freezer until I have enough to make a seafood stock or a shrimp/prawn stock it is amazing how that stock lifts a bisque or a paella to another level and its less waste…

What is seafood stock made of?
Making a good homemade seafood stock takes a few basic aromatics, white wine and seafood
shells…like shrimp shells, lobster shells, crab shells and fish bones…some good olive oil, onions,
garlic bay leaves, black peppercorns it can be simple or as complex as you like…
Just add your shrimp shells and heads or other shells drizzle with olive oil add onions or
garlic..onions skins are good as they help add a great colour… heat and stir for about 10 mins
and then  add some water or wine and cook slowly for about  25 minutes and then pass
through a sieve  making sure you press them shells to get every last drop of goodness from
them and you  should have beautiful orange coloured stock to use as a base for your bisques,
chowder,  risottos, paella you can use immediately, freeze in ice cube trays or measured
portions…

That’s all for the letter Q…Thank you for joining me today I hope you have found something new and some of your favourites…in two weeks it will be the letter R, for example, Tursu and Korma…xx

Until tomorrow, where I will be back in my kitchen cooking from scratch, have a lovely day xx

Chicken and Leek Pie
Chicken Breast stuffed with jalapeno and cream cheese, mash potato and cauliflower and brocolli cheese
A taste of Italy on your table every day
Jeweled Again By Jessica