So what’s in store? In this series the A, B, C, etc will be the middle letter, for example, Jarlsberg, Korma, Apple, Navel Oranges and Tursu a variety of Turkish pickled vegetables… how easy that will be who knows I am sure some of the letters of the alphabet could cause the grey matter to rebel or implode…haha…The Letter V was quite easy I just couldn’t think of very many…Have fun guys finding some more… Looking forward to what you come up with …

Let’s go and see what else I have found…

Why is Dover sole so expensive?
Because it has a rare and unique flavour, Dover Sole is expensive. Not only is it because fish
lovers can’t get the flavour anywhere else, but it also attracts non-seafood eaters.
Since its flavour appeals to many so different people, it’s a popular choice in restaurants.

Fresh and young chèvre is soft, creamy, and spreadable, with a mild, buttery flavour and a colour similar to cream cheese. The longer it ages, the drier and more crumbly it becomes, developing stronger, tangier flavours and aromas, and the colour deepens to a golden yellow.

Gravlax is fresh salmon that’s been cured with a combination of salt and sugar…homemade Cured Salmon Gravlax recipe can be made with a small fillet or whole side of salmon and costs a fraction of store-bought and of courses has a superior taste.

A Latvian sour milk cheese made with goats milk, traditionally eaten on Jāņi, that is the Latvian celebration of the summer solstice. This cheese fits under the European Quality Schemes and is classed as a “Traditional Speciality Guaranteed.”

Laver Bread is otherwise known as “Welshman’s Caviar” and most possibly the only bread you can spread on toast…described as thick, sticky and nutritious it is made by boiling laver a green-black seaweed that grows along the Welsh coastline.

Some eat the seaweed raw but most prefer the taste when the seaweed has been boiled for about 6 hours and then kneaded into a paste. it may be this kneading which is the reason it is called laver bread.

In 2017 the European Commission bestowed the laver bread with a protected food designation which it shares with other iconic foods like Stilton Cheese( UK), Baklava(Turkey), Feta Cheese(Greece) and Waterford Blaa(Ireland).

A simple Chicken and Mushroom Pate ( one of my grandson’s favourites) and so quick to make.

Melt 4oz of butter in a pan add chopped onions and cook until soft but not coloured. Add mushrooms about halfway through cooking.

Add garlic and chicken Livers and fry until cooked through.

Add Brandy..my hands wobbled at this stage and I deviated slightly from the said recipe…I put 2 spoons in..haha.

Place the Liver mix and 2oz of remaining butter in the food processor and blend until smooth.

Taste and season again with salt and freshly ground pepper.

Put in Ramekin or small dish, decorate with bay leaf and 3 cranberries ( I used small lime leaves as had no fresh bay leaves.

Chill and serve and enjoy!

I always use chicken livers rather than pigs or lambs liver with which I make pate, liver and bacon and a Thai spicy liver dish which hubby eats and sweat profusely as it is quite no…very spicy but I think his love of liver overrides that…smile…

Livno cheese falls into the category of hard whole milk cheeses that mature under bark naturally for at least 60 days. It is made of cow, sheep, or a mixture of cow’s and sheep’s milk, in coils.

The cheese has a strong aromatic scent and the taste is fall, spicy after walnut kernels, a little salty, specific and well defined. The rind of the cheese is medium-hard, tough, but it can be cut relatively easily. The colour is yellowish. Livno region is characterized by mountainous and rugged conditions for keeping cattle, where the collision of continental and marine airflow results in the growth of high-quality grasses, which give Livno cheese a yellowish colour (no colour) is added and its specific walnut kernel flavour.

How did the navel orange come about its name? …The navel orange actually grows a second “twin” fruit opposite its stem. The second fruit remains underdeveloped, but from the outside, it resembles a human navel—hence the name. Navels are part of the winter citrus family. They’re seedless, peel easily, and are thought to be one of the world’s best-tasting oranges.

Navel oranges are one of the healthiest fruits you can eat, filled with Vitamin C, fibre, potassium and low in calories. 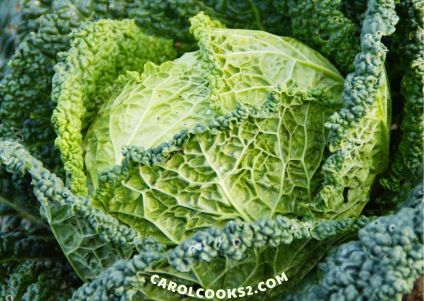 One of my favourite cabbages…easily recognisable the Savoy cabbage has wrinkly leaves. … They’re shaped into a tight, round head, like conventional green or red cabbages, but the leaves have the distinctively wrinkled appearance of Napa cabbage leaves. Savoy varieties are milder-flavoured than regular green cabbage, but the two can be used interchangeably in recipes.