Good morning everyone and Pete… time for another post which is this crazy idea from one of my fellow scribes …but food fun…this week its food that ends with the letters Q & R…Enjoy! My grey matter has certainly been challenged this week without much luck with the letter  Q .

Q is the seventeenth letter of the alphabet and not an easy letter to use in any word. In English, the letter Q is most often followed by the letter U, to make the sound “kew.” Although some words do contain Q without the U, they are rare.

Who doesn’t love a BBQ? Here you can find both meat and fish on almost every street corner …

Beautiful mushrooms BBQ and pounded with chillies, fish sauce into a beautiful dip or fish BBQ in salt served with sticky rice and papaya salad ..a favourite brunch of mine or tender squid cooked on the BBQ and served with a fiery chilli sauce…these are all my favourite BBQ meals …What are yours?

Coq au vin is a French dish and a favourite in this house of chicken braised with wine, lardons, mushrooms, and optionally garlic. A red Burgundy wine is typically used, though many regions of France make variants using local wines one of the first dishes I cooked for my hubby many moons ago…

You can tell I have dredged deep here as Q was a challenge...Now on to R which after Q was a doddle a walk in the park…I have tried to find some unusual names something different but mainly they are everyday foods and words that we use…Enjoy!

Is a gelatinous substance that is extracted from seaweed and processed into flakes, powders and sheets. It is commonly used in Asian cuisines and as a flavourless vegan substitute for gelatin. Agar helps gel, stabilize, texturize and thicken beverages, baked goods, confectioneries, dairy products, dressings, meat products and sauces.

A general rule of thumb is to use 1 tablespoon of agar flakes or 1 teaspoon of agar powder to thicken 1 cup of liquid.

One of my favourite little pops of deliciousness…Capers are the pickled flower buds of a thorny, trailing shrub that grows like a weed all over the Mediterranean. … These berries, called caperberries cured in brine they add that zing to many a dish…

Caviar is considered a delicacy and is eaten as a garnish or a spread. Caviar can also come at a reasonable cost and like Champagne can also be very, very costly and a luxury item…it is fish eggs…like the bright orange salmon roe (ikura) which sits atop sushi—but only sturgeon roe is considered caviar…a luxury…

The humble cauliflower is a vegetable I have grown up on either as a side vegetable or served with a cheese sauce…Now cauliflower has taken a new lease of life it is made into beautiful soups and purees, cauliflower can be spiced and cooked whole or roasted in thick slices or made into cauliflower rice a good alternative to normal rice if you are cutting calories …a very versatile vegetable.

A salad vegetable that I again grew up on and my father grew in his vegetable garden it was always present in salads or pickled and of course in English High Society and still found if you go for high tea in a posh London establishment thinly sliced bread minus the crust with Cucumber slices,  take pride of place.

Here they come in all sizes and are eaten raw, added to beautiful Thai salads or stir-fried…cucumber has taken on a whole new meaning now…

Eclairs were one of the first cakes my mother taught me to make…Made from Choux Pastry they were a Sunday Tea treat. Filled with cream and dipped in chocolate they were a wonderful thing…it is the same pasty which profiteroles are made from…

Is to remove the string from a bean and very thinly slice…When applied in almonds and pistachio nuts effiler means to cut into the thin slices lengthways, either with a knife or with a special instrument. The word is also used for slicing chicken or duck breast.

Some chefs use the term effilocher, particularly for cutting leeks into fine shreds.

Emincer is a French cooking term that means to slice thinly. It is often mistakenly thought by English-speakers to mean “chop finely” like mince that is not, however, the meaning it is to slice very thinly. 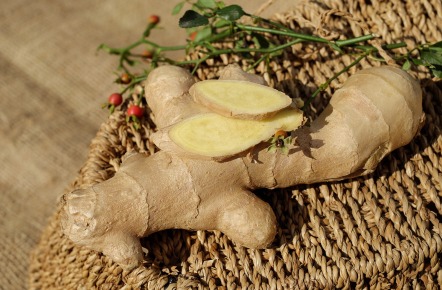 Ginger is a plant with leafy stems and yellowish-green flowers. The ginger spice comes from the roots of the plant. Ginger is native to warmer parts of Asia, such as China, Japan, Thailand and India, but now is grown in parts of South American and Africa. It is also now grown in the Middle East to use as medicine and with food.

I drink ginger tea almost daily and use fresh ginger in practically everything I cook very popular here… I grow it in my garden and, it is probably grown in most gardens here and for sale on every market stall…

The guar or cluster bean is an annual legume and the source of guar gum. In foods and beverages, guar gum is used as a thickening, stabilizing, suspending, and binding agent.

A favourite of my fathers the smell used to linger it seemed forever…a small herring which is butterflied and then smoked generally over oak wood. Lovely with a knob of butter and some brown bread but those tiny bones…they are a great source of essential fatty acids.

Laver is an edible seaweed which can be made into bread…Laverbread is popular in Wales and is part of local tradition.

Like Marmite, you either love it or hate it!… Chicken Livers are very popular here whereas in the UK it was mainly calves or pigs liver which was available…Liver and Bacon or Onions was a particular favourite of my fathers and something I grew up eating.

An expensive luxury but there is nothing more delicious than a beautiful y cooked lobster tail however that wasn’t always the case way back in Colonial times they were known as the cockroaches of the sea there were so many of them an abundance…even used as fertilizer and fish bait because there were just so many around.

The lobster was also known as the poor man’s meal because of the overabundance of these crustaceans they were fed to prisoners, apprentices and slaves.

A winter fruit which has been around since the time of the Romans the medlar fruit is eaten when “bletted” which means the fruit is left until it is overripe before eating…To eat raw, peel the stalk end, hold the crown and squish out the fruit. They have a lot of pips.

They can be cooked and made into jellies or jams or bake them with white wine, a little dark sugar and vanilla bean. Then purée them and serve with panna cotta or cream…the medlar fruit is both sweet and sour at the same time quite delicious.

Pears have been the subject of a few of my posts recently a lovely fruit which can be eaten raw or cooked, made into chutneys or pickled.

Bell peppers or chilli peppers it is estimated that there are over 50,000 varieties of peppers around the world from the mildest to the very hottest…

Is a term used for crosses cut on food for food presentation.

Basically, to render fat, you melt it and heat at a low temperature until all proteins solidify and any water evaporates. You then filter the solids from the liquid fat. Once cooled, you are left with clean pure fat.

It’s completely usable for things like frying and sauteing, it’s just not ideal for making sweet pastries and pie crusts.

Often seen used by TV chefs …Forcing the cooked mealy potato through the ricer’s small holes creates rice-sized pieces of potato (hence the name) and the air that is incorporated while pressing contributes to the light fluffiness…although a potato masher does what it says and mashes potatoes they don’t have that smooth consistency that potatoes have when put through a ricer.

A citrus fruit hybrid of a Mandarin Orange often referred to as the temple Orange. It has a thick skin which is easy to peel.

Image by David Greenwood-Haigh from Pixabay

To temper is a term used when making chocolate confectionery or dipped or chocolate-covered treats it gives the chocolate a smooth shiny finish.

A method of cutting food products into a football or barrel-like shape that forms six or seven sides on the length of the item being cut. … Rather than having small disk-like slices or longer strands of a vegetable, the Tourner cut results in a small shape with a pleasant appearance for the food being served.

Image by jayrubio123 from Pixabay

Originally called wiener wurst, the wiener was brought by German Americans. The term is German for Vienna sausage which was eventually shortened to wiener. It is usually used interchangeably with hot dog or frankfurter. Just like Vienna sausage, wieners got their name from Vienna, a city in Austria

That’s all for today I hope you have found something interesting and unknown…I hope Pete can oblige with at least one ending in Q and a couple ending in R …I am so kind to Pete…haha..x

Next week it will be culinary terms ending in the letter S…sonkerS, gruntS and slumpS…

Stay safe, have fun and laugh a lot as you know what I am going to say it is free and proven to be good for your health…..Laughter aside…My thoughts and prayers are with all the people who have been or will be touched by this Covid-19 virus…the new lockdowns and restrictions..stay safe be aware and social isolate where required and we will beat this thing…xx